Zarangollo. Zarangollo, a simple dish, which combines the ubiquitous zucchini of Murcia with onions, is a favorite of Murcian cooks, who prepare it both with and without eggs. When zucchini flowers, which are less commonly at hand and expensive, are in the market, they are usually stuffed and fried. Zarangollo is a common dish in the Murcian countryside in Spain. 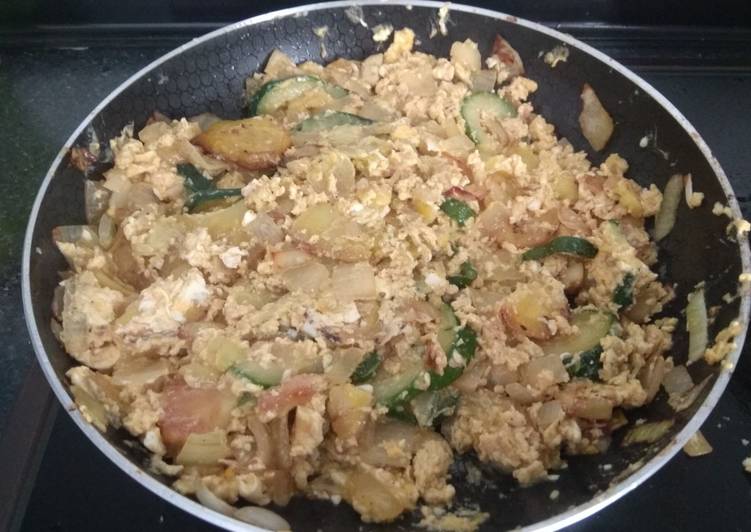 All ingredients are sliced very finely, fried in olive oil, and then mixed with the beaten eggs. Origin: Murcia Zarangollo, or Zarangollo Murciano as it is commonly known, is a simple dish which is based on some of the typical vegetables grown in the region of Murcia, such as the courgette (zucchini) and onion. This Spanish dish is therefore most commonly found in the region of Murcia where it is fresh and cooked to perfection, and will probably be harder to find in. You can cook Zarangollo using 5 ingredients and 6 steps. Here is how you cook that.